I thought I would pop in to say hello as I haven’t written anything in quite awhile.   After the marathon was over I thought we would have tons of free time spent not training, yet this past week I struggled to find time to get on the treadmill.  Isn’t it funny how there’s always something else to fill your time?

This past month at my new job has flown by.   Being that I work for an online company, I’m practically glued to my computer all day long.   At my last company I worked goofy hours to beat traffic patterns, and would get there before 7 but leave by 3.   Those days would crawl by, even though I got to leave so early.   In my current position I arrive between 7:30 and 8 and work until 6 or 6:30, and the days fly by.   It’s a good feeling.

In terms of running, we had planned to run a half marathon this coming weekend, but have decided not to sign up as it would be more stressful than fun with everything else going on.   ‘Everything else’ would be moving to another apartment  and finishing and presenting my final project for the final class of my MBA.   I guess we should start packing sometime as well.   Instead of the half this weekend we are going to set a mini training schedule for a 10 miler on November 12th.    Throw in a friend’s out of town wedding in the Outer Banks the weekend before and I would say we have more than enough to keep us occupied.

We celebrated the last weekend in our apartment with some visitors from Pennsylvania, who were in from out of town for the Penn State football game at Northwestern.

It was a beautiful fall day for a tailgate.

There was an awesome turnout for the PSU tailgate, and we took full advantage of our all you can drink and eat wristbands.

After awhile we hopped on the free shuttle and headed closer to the stadium to another tailgate.

This one was probably the classiest I’ve ever seen – featuring sushi and martinis.

Added bonus: Northwestern grad Seth Meyers was in town for the homecoming game and was tailgating with friends right next to us.

After a long day of tailgating we eventually headed into the game which Penn State would eventually win.

Such a fun day with friends – and we topped it off with some delivery deep dish. 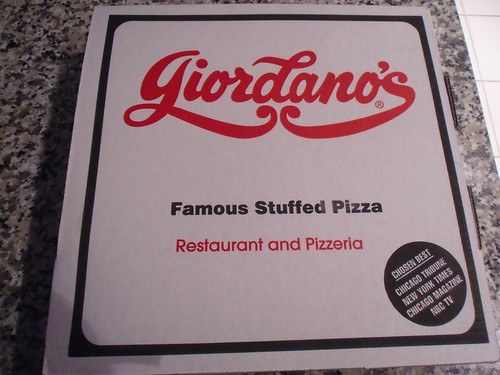 One Response to weekend update